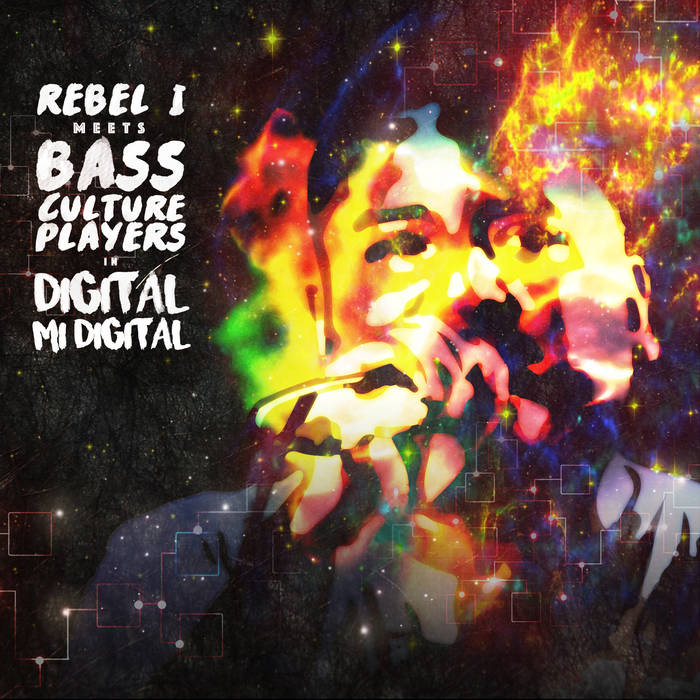 REBEL-I RELEASE A NEW LP "DIGITAL MY DIGITAL" AFTER 6 YEARS:

The Peruvian singjay presents a new LP with digital reggae/dub tunes produced by Bass Culture Players from Spain, inviting us to explore a new facet in a different style with large international collaborations.

Recorded in Mexico in AKS Studio, mixed in Discoinferno of Spain by Puppa Shan and mastered by Mr. Zebre, this new international material shows proof of a new facet of the Peruvian singjay taking control of the riddims created by Bass Culture Players providing solid melodies and strong messages which invite us to have a journey of word, sound and power.

The art and design of the LP was in charge of dub producer and talented French designer Seb Lutz and Rebel-I himself.

“When Jah Jah Come” is the first single from this new production, which is already available in www.soundcloud.com/rebelisound

Digital My Digital will be available for free download from June 27 on the website of the French label ODGPROD.

Rebel-I is a talented producer singjay from Lima, Peru. After successful tours by countries like Argentina, USA & Mexico and collaborations with renowned producers of reggae / dub, is currently one of the artists of Latin American reggae/dub with greater presence in the world wide scenes of Dub.

For more information, stay tuned to the networks of Rebel-I, write to management@rebelisound.com or contact at +51 941 478 811 (Alvaro Olivares).